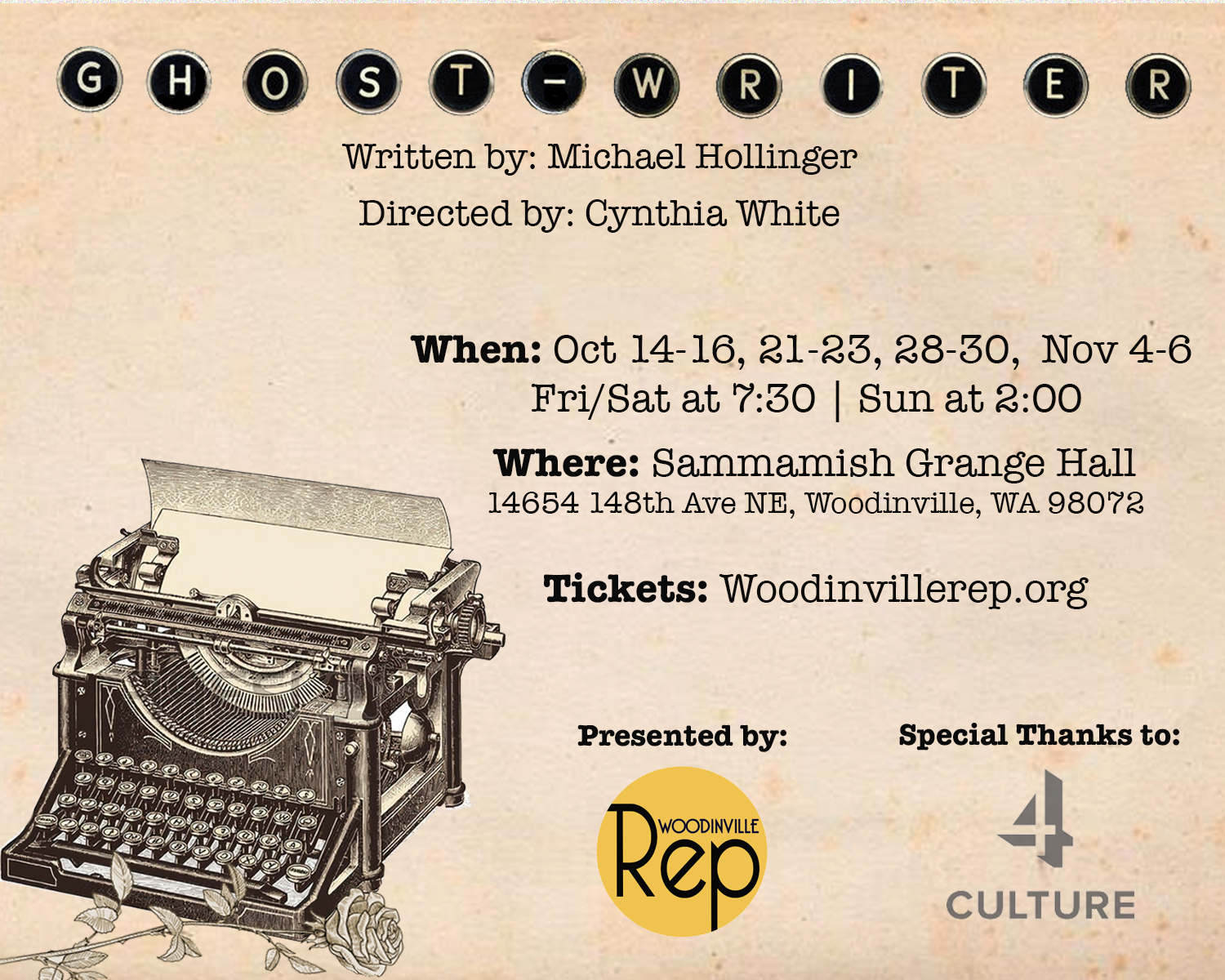 Our suspenseful and fascinating fall show Ghost-Writer, has a cast of three; a famous and successful writer, his wife, and his typist.  Set in 1919, it is the suspenseful and mysterious story of how passionate creativity and love apparently refuse to die.

From 1896 to 1926, the original Oliver Typewriter Company produced about a dozen different models of its unmistakable bat-winged machine.  With a weight of about 30 pounds, these machines were known for their solid construction, reliability and innovations like the U-shaped, down-striking bars.

My dad’s machine originally belonged to his mother, Cornelia Vandergon Workhoven.  On it, she typed the story of her mother’s childhood journey sailing from Holland to America in 1867, and the family’s arduous experiences becoming pioneer farmers.  Her book, Our Pioneer Days in Minnesota, can be found in the Library of Congress.

In the early days of his long broadcasting career, my dad used this machine to write news stories and interviews.  Although I can’t say for sure, it’s possible he used this machine to type his notes after interviewing the great actor John Barrymore, who was touring in a play late in his career.  In ill-health and unsteady on his feet, the press hounded Barrymore wherever he went and accused him of being inebriated.  My dad, who had long admired Barrymore, asked if he might interview the great actor and Barrymore graciously agreed, talking with my dad for over two hours.  My dad loved to recount how gracious and fascinating Barrymore was, and said it was the best interview he ever got despite having a radio and television career that spanned over 35 years.

I am delighted to share the stage with this historic typewriter.  My dad was a life-long lover of the theatre, performing in many productions at the Pasadena Playhouse in the late 1930s and early1940s.  In fact, one of my earliest memories is sitting on his lap with my head against his chest, listening to him read Shakespeare in his wonderfully deep and sonorous voice.  This is almost like getting to share the stage with him.

Local actress Melanie Workoven has been a part of the Woodinville Rep since its founding. She is a board member and former artistic director.